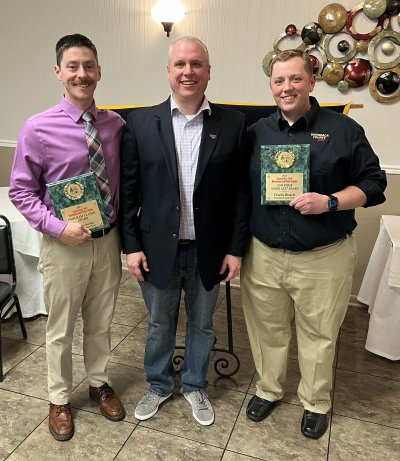 Like most ceremonies and other large events planned in 2020 & 2021, the annual Central New York Recreation & Parks Society (CNYRPS) Awards Luncheon and the New York State Recreation & Park Society (NYSRPS) Awards Ceremony were cancelled, or featured a scaled down event, but that doesn't mean some well-deserved programs & one individual went unrecognized. We are pleased to announce the following 2020 & 2019 award winners: 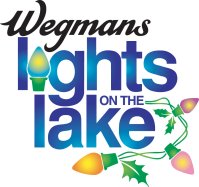 2019 CNYRPS Outstanding Service Award - Leiko Benson, Director of Recreation
for significant contributions to the advancement of the leisure field and active participation in community service. 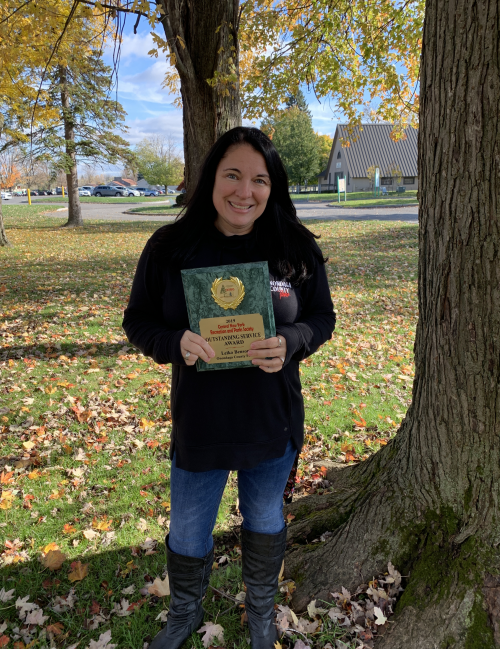 In February 2018, the Liverpool Public Library approached Onondaga County Parks with the idea of a pilot program where Parks would supply a pass that the Library would be able to circulate to their patrons. The Library was looking to branch out and better serve the community by partnering with parks, museums, and other local attractions in an effort to provide access to a variety of cultural, educational and recreational experiences for those who may have financial or other challenges that prevent them from participating.  With this in mind, the Explore Outdoors Pass was created. The program, which now includes all Onondaga County Libraries enables any county resident, with a library card, to visit Onondaga County Parks free of charge including the Rosamond Gifford Zoo, Oneida Shores, Jamesville Beach, Pratt’s Falls, Highland Forest and Beaver Lake. In 2018, and again in 2019, each of the 31 county libraries received two complimentary Explore Outdoors Passes which were cataloged as library books and made available for patrons to “check out” for a 3-day period. In 2018, the passes were checked out 617 times and in 2019 that number rose to 1175!

Since its inception, the Explore Outdoors Pass Program has allowed nearly 5000 Central New York residents to get out, enjoy and explore all that Onondaga County Parks has to offer without having to worry about the price of admission. 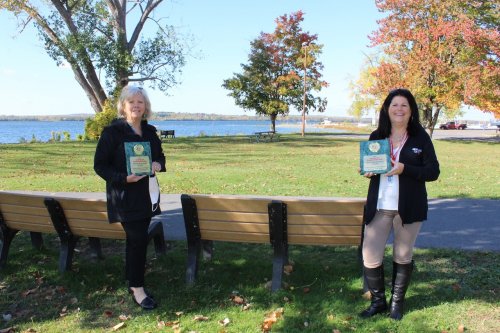 The LEON Festival has featured FREE family fun on the shores of scenic Onondaga Lake every June since 2014.  LEON is NOEL spelled backwards, and signifies the mid-way point to Christmas (June 25th)!

This annual festival is a public/private partnership between Onondaga County Parks and Galaxy Events Company.  It signifies the end of school, celebrates the start of summer, and reminds all of us that there are only 6-months left until Christmas!  Numerous free activities offered for children and their families at LEON Festival include face painters, balloon artists, carnival games, inflatable slides, juggling magicians, stilt walkers, a photo booth, dancing costumed characters, a giant movie screen, a local talent showcase, the Cape & Tiara Fun Run, numerous food trucks, the Wegmans Pop-Up produce market, the Hometown Heroes section (featuring firetrucks, police cars, ambulances and a helicopter), and a Fireworks grand-finale at dusk!

LEON Festival has quickly become an iconic Central New York summertime event for thousands of families in the Liverpool neighborhood and beyond.  It celebrates everything that it means to be a kid and creates positive childhood memories while encouraging people to go outside and enjoy the “Central Park” of Central New York. 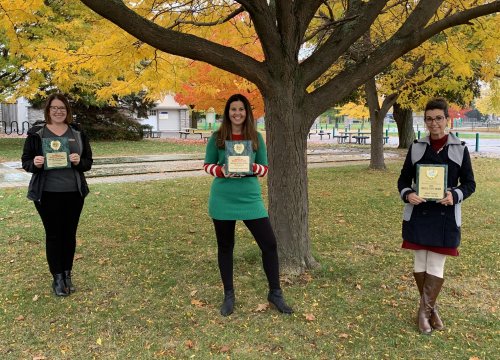 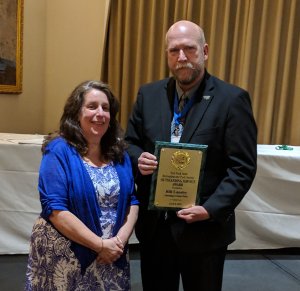 Bill Lansley, Parks Commissioner - Outstanding Service Award for significant contributions to the advancement of the leisure field and active participation in community service.

In 2016 the Friends of Beaver Lake, hired Taylor Studio of Rantoul Illinois, to design, construct, and install the first new exhibits at the Nature Center in nearly 15 years. This project was seen as an additional way to connect our community to the outdoors. The exhibits create a deeper awareness of the complexity of the ecosystem, and or decisions that affect our ecosystems, including the management practices used to preserve the Center's and other local habitats.

The theme of the exhibits centers on the 5 habitats found at the Nature Center (wetlands, lake, forest, fields, and edge) and both the natural and human history of Beaver Lake.  Additionally, there is a life-size beaver lodge to crawl through and an exhibit on how all of us can become good stewards.  The exhibits have seasonal components in order to expand on the outdoor experience and offer a change for year-round visitors. The exhibits and signage complement the real experience of encountering nature.

The Friends of Beaver Lake raised $600,000 for the exhibits with the community support of larger donors and individuals including the Central New York Community Foundation, the Jon Ben Snow Memorial Fund and the Baldwinsville Rotary Club.

Congrats to the 2018 CNYRPS Award Winners! 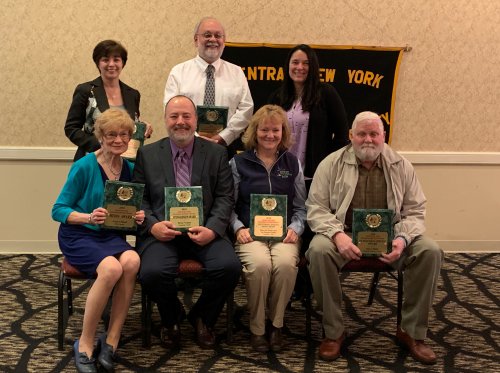 Onondaga County Parks took home multiple honors at the 2018 Central New York Recreation and Parks Society Awards Luncheon on March 15, 2019 at Drumlins Country Club in Syracuse. The annual ceremony recognizes the achievements and efforts in the field of parks and recreation in Central New York. The winners included:

Mary Slater, Friends of Beaver Lake - Outstanding Service Award to an individual that over a period of at least five years, made outstanding contributions to enrich lives of individuals in neighborhoods, communities or the State of New York, through recreation, parks and conservation.

Laura Hand, CNY Central - Media Award - Nominated by Onondaga County Parks for contributions to the promotion and acceptance of recreation and leisure through a job in the field of communications, including radio, TV, newspapers, and magazines.

Congratulations to Parks Commissioner Bill Lansley who received the 2016 Central New York Recreation & Park Society "Outstanding Service Award" on Friday, March 3, 2017 in Liverpool. Bill is now in the running for the statewide award which will be announced at the New York State Recreation & Park Society Conference to be held in Rochester in April. 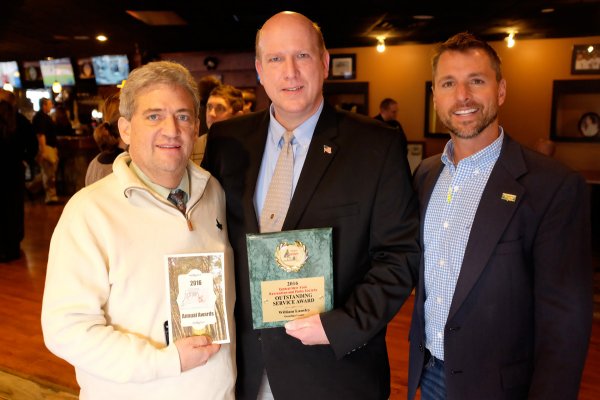 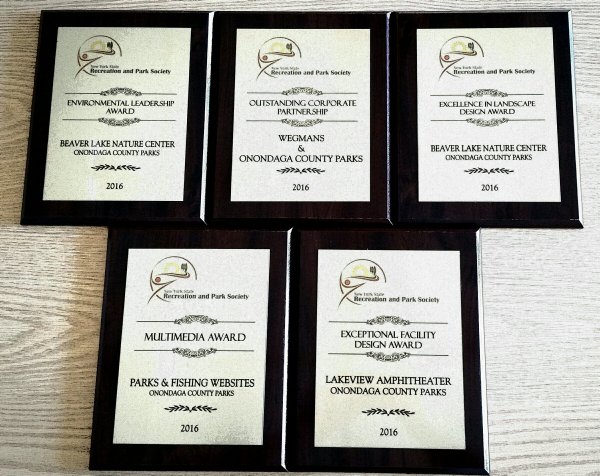 County Parks staff, facilities and partners won a total of nine awards at the 2015 Central New York Parks and Recreation Society Annual Awards Ceremony on March 10, 2016 at Skyline Lodge, Highland Forest. CNYRPS is the official organization for the leisure service industry in Central New York and the awards recognize outstanding achievements and efforts in the field of Parks & Recreation. All winners are automatically in the running for state honors in April. 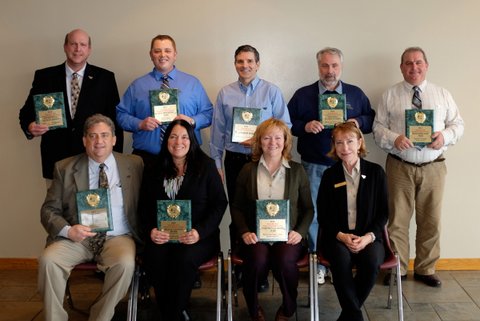 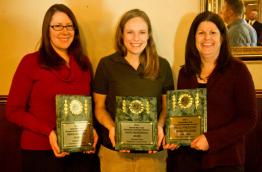 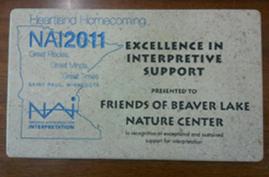 In November of 2011, The National Association for Interpretation recognized the Friends of Beaver Lake for their years of support. The Friends received the Excellence in Interpretive Support Award. One award is presented each year to a business, agency, organization that has shown recognition of the value of interpretation through exceptional and sustained support. 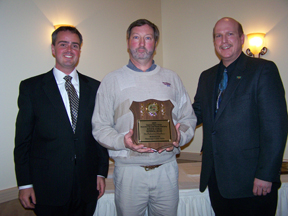 Congratulations, again, goes to Bob Ellis who won the 2010 New York State Recreation and Park Society Award for Outstanding Service. The award was presented at the Society's annual Awards and Recognition Ceremony held in Saratoga Springs on March 23, 2010. Great job Bob! We are lucky to have you!

Congratulations to Bob Ellis winner of the prestigous 2009 David M. Guokas Memorial Award for Professional Excellence at the CNY Recreation & Park Society Annual Meeting on February 26, 2010. Bob, a 34 year Parks employee, is currently running Oneida Shores and Jamesville Beach Parks in addition to working on special projects for the department.

Parks also won the Special Publication and Marketing Award for the Cross Country Skiing Card that was distributed to 40,000 Onondaga County elementary school students in 2008. The card was designed to look like a snow globe and promoted outdoor winter fun in Central New York. 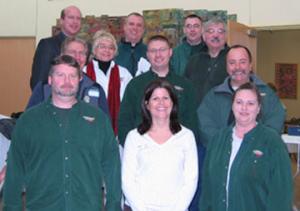 Great Job! Ten Parks employees were recognized by their supervisors for Workplace Excellence in 2009 at the Parks 2010 Policy, Procedure & Priorities Review held at the Zoo in January.

On October 19, 2009 dedicated Highland Forest staffers, Art Kiggins of Cuyler and Dennis Maher of Lafayette, were integral in a coordinated effort with the Onondaga County Sheriff’s office, including assistance from Air One, in the search and recovery of the Clay resident who died while he was in the 2,700 acre park in Fabius.

Park Ranger Frank Jordan of Syracuse was cited by park managers at both Jamesville Beach Park and Beaver Lake Nature Center. Jordan has been a mainstay in summer waterfront operations at busy Jamesville Beach Park, and also played the coordinator role with traffic and safety services at the 31st Annual Golden Harvest Festival.

More than 900 county residents recycled over 18 tons of paper as part of the ongoing environmental and conservation missions of the Onondaga County Resource Recovery Agency and Onondaga County Parks in October, thanks to the collaboration between OCCRA and Stadium Superintendent Brian Elwell. 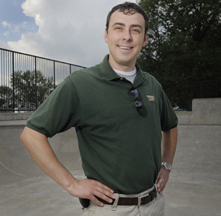 Congratulations to Onondaga Lake Park Senior Recreation Leader Eric Sopchak, who was the recipient of the 2009 New York State Recreation and Parks Society Young Professional Award at the annual meeting held in April on Long Island.

In addition, Onondaga County Parks received the Society's Publication-Flyer & Poster Award for the "Are you Busy as a Beaver?" rack card and in the Exceptional Program category won for the Nature on Wheels program at Beaver Lake Nature Center.

The New York State Recreation and Park Society awarded "Get Moving, CNY" their Exceptional Program Award at the April 1, 2008 conference in Saratoga. Kudos to the Onondaga County Health Department and Syracuse City Parks, who collaborated to create the program along with County Parks.

The Central New York Recreation and Park Society announced that Onondaga County Parks had won the following 2007 Awards at their annual meeting on February 28, 2008: