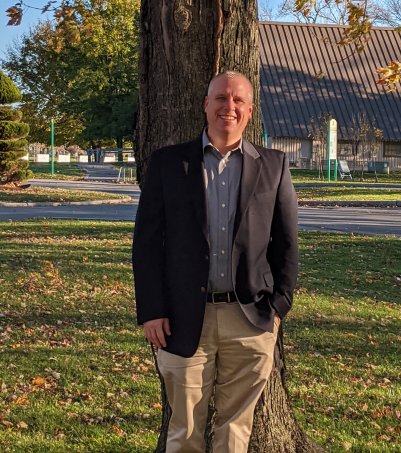 We are thrilled to announce the appointment, by unanimous approval of the County Legislature, of our new Parks Commissioner, Brian Kelley!

Part of the Onondaga County Parks family for over 20 years, beginning as an intern with us in the late 90's and after a few short stints at NYS Parks and SUNY Oswego, he began his county parks career in 2002 as a Recreation Supervisor at NBT Bank Stadium & Hopkins Road Park, before moving to Highland Forest to take over as Park Superintendent. He would eventually assume responsibility for not just Highland but Jamesville Beach, Pratt's Falls, Carpenter's Brook Fish Hatchery & more. A native of Liverpool, Brian earned an Associates Degree in Administration with a concentration in Recreational Leadership at OCC and a Bachelor's Degree in Recreation and Tourism Management from West Virginia University. To say he is qualified is an understatement!

As Deputy Commissioner this past year, Brian has been a steady, guiding force as we have navigated our way through a crazy 2020 and we are looking forward to a bright future under his leadership!