The Rosamond Gifford Zoo is pleased to announce the addition of a rare clouded leopard. The female, named Natida, was born in March 2015. She was acquired from the Nashville Zoo at Grassmere. She can now be seen on exhibit in Adaptation of Animals, the nocturnal area of the indoor zoo.

“We are pleased to bring clouded leopards back to our zoo, as part of our participation in the Association of Zoos and Aquariums Species Survival Plan (SSP). The SSP is a collaborative effort among North American zoos to support conservation of wildlife at risk of extinction. Clouded leopards are a vulnerable population, making our involvement in the SSP all the more important for continuation and preservation of the species. We hope to pair Natida with a male once we receive recommendation from the SSP,” says Zoo Director Ted Fox.

The clouded leopard, native to Southeast Asia, gets its name from the large cloud-like spots on its body. The species faces significant threats in the wild due to human-wildlife conflict, poaching and habitat loss. The smallest of the “big cats,” clouded leopards are nocturnal (active at night) and spend most of their time in treetops and rock formations. Their long tails are used for balance while moving about in the trees.

FUN FACT: Unlike other cats, clouded leopards have the unique ability to turn around and come down a tree or cliff head-first thanks to flexible and rotating ankle joints. 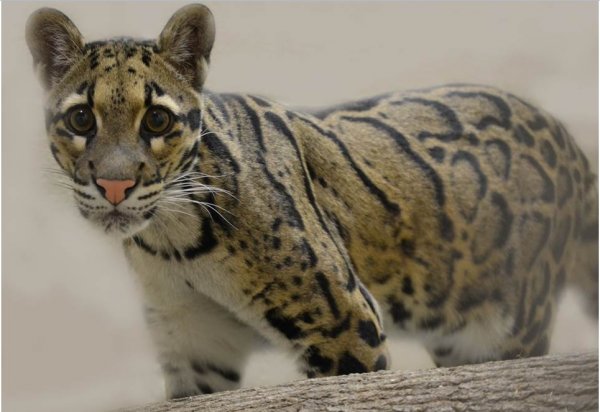